How Can We Help?

Fortunately, I have defended thousands of these breath test refusal cases in Rhode Island and I am certain I have defended many Rhode Island breathalyzer refusal charges and drunk driving charges just like yours in the past. Of course, no two chemical test refusal cases are exactly alike, but I can promise all clients I know exactly how to aggressively defend their RI breathalyzer refusal cases, and get the best results possible. There is NOTHING that I have not seen and defended in traffic court. And my goal in every case is dismissal of all charges. A breath test refusal lawyer with experience and knowledge of RI law gives you the best chance at avoiding penalties, including loss of driving privilege.

As a RI criminal attorney for 27+ years, one of the most common questions I am asked is “Should I refuse the breathalyzer test if I have been arrested for a DUI charge?”. Urban legend and multiple websites seem to suggest the answer to that question is always “Yes”, a person should refuse the chemical test when asked by law enforcement to take a breathalyzer test. I have met with countless breath test refusal and DUI clients who have told me they were always told to refuse the breathalyzer test. And in some cases this can be a good choice, but in other cases it can be the wrong choice and result in harsh penalties.

Because of this urban legend to always refuse the breathalyzer test, every year I defend hundreds of good people who have been charged with chemical test refusal, more well-known as breath test refusal…the terms are used interchangeably, as well as drunk driving. The vast majority of these folks have never been arrested in their lives, never thought they would ever be arrested for a criminal charge ever, and are scared and concerned about how the penalties can affect their lives.

Check out my most recent case victory for a deserving breath test refusal Client.

Should You Take The Breathalyzer Test? 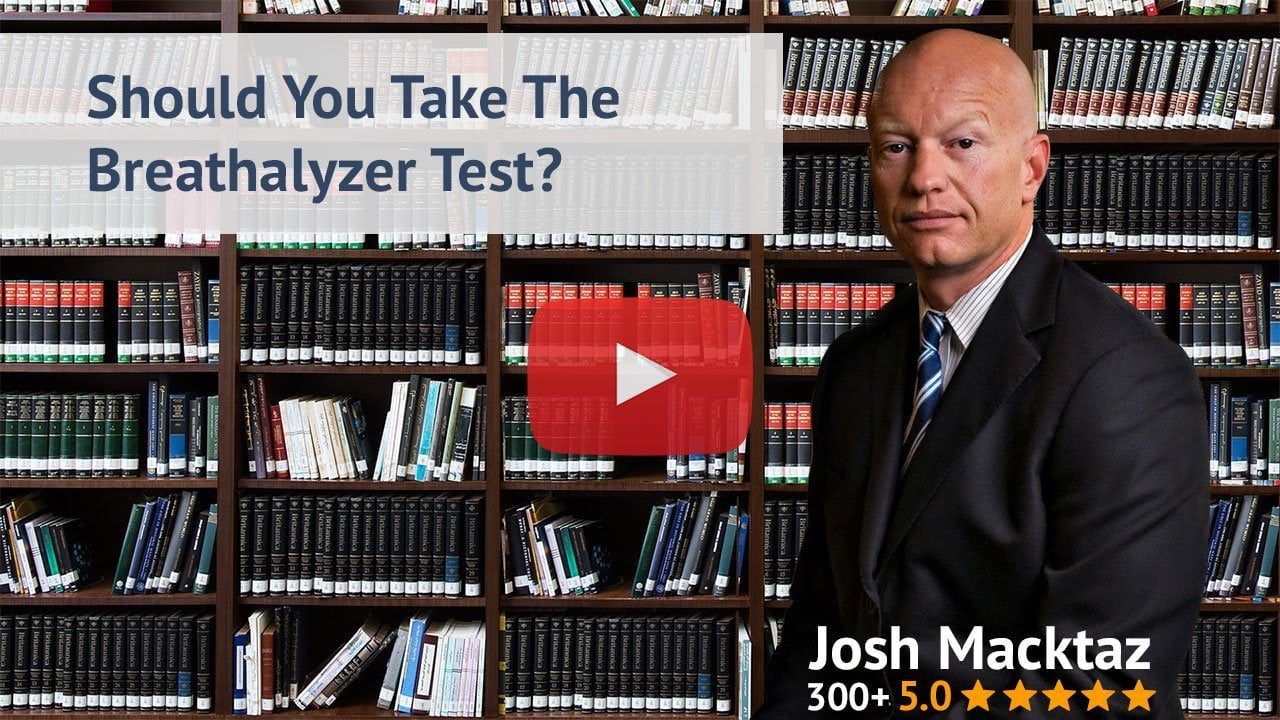 What is the Breathalyzer Refusal Law in Rhode Island?

In order to prove a chemical test refusal case in Rhode Island, the police prosecutor must prove 3 things under RI law. Every breathalyzer refusal arrest comes down to the same 3 points, your case included. A skilled and experienced criminal defense attorney knows how to attack these 3 points:

Thus, if the police fail to accomplish any of the above requirements, the breath test refusal charge is dismissed and thrown out of court. This is my goal in every breathalyzer refusal case I defend. This is why a RI criminal defense lawyer with 27+ years of handling chemical test refusal cases is your BEST chance at avoiding significant penalties and loss of driving privilege.

What Are The Penalties For Chemical Test Refusal (Breathalyzer Refusal) in Rhode Island?

The penalties and consequences for being convicted of a Rhode Island breathalyzer refusal charge are significant. They include substantial fines and costs which can total about a thousand dollars; a conviction on your driving record; 10-60 hours of community service; participation and successful completion of a DUI class or alcohol counseling; and a mandatory loss of drivers license from 6 to 12 months; and the installation of an ignition interlock device. Fortunately, a conviction for a first offense breath test refusal is not a criminal charge and does NOT go on your criminal record. However, a second breathalyzer refusal charge in 5 years is a criminal offense and subjects a person to potential jail.

What Is The Loss Of License For A Rhode Island Breathalyzer Refusal Charge?

The loss of a drivers license is usually a client’s biggest concern when facing a chemical test refusal charge, and rightfully so. Folks are worried about being able to get to work, school or other important daily life events. Under Rhode Island law, a motorist who is charged with a chemical test refusal case will lose their driving privilege on the very first court date. Unfortunately, the traffic court judge will issue a preliminary suspension of your driver’s license at your first court appearance in the Rhode Island Traffic Tribunal. In Rhode Island, we do not have a right to drive. It is considered a “privilege” to operate a motor vehicle and that privilege comes with strings attached to it. One of those strings is called “implied consent”, which basically means we already agreed to take the chemical test when we operated a motor vehicle in Rhode Island.

Additionally, if a person pleads guilty to the charge of chemical test refusal, or is found guilty by the Judge, there is a mandatory loss of drivers license of between 6 and 12 months. The Court will consider all the factors in your case when deciding on the loss of driving privilege such as driving history, facts and circumstances of your individual drunk driving case, and whether there was an automobile accident with personal injury involved. A knowledgeable and experienced criminal defense lawyer is your best chance at avoiding these penalties, and a driver’s license suspension.

Is There Any Way To Avoid The Mandatory Loss Of License For 6-12 Months?

Can I Drive To Work or School When My License is Suspended For Chemical Test Refusal?

The answer is YES…but it is not automatic and it depends on a few things. This is why hiring the best RI criminal defense lawyer can make all the difference in defending your breath test refusal case. Under that new law in 2015, the Courts are now allowed to grant what is called a hardship license which allows a person to drive to and from work/school, during a 12 hour window as permitted by the Court when they have been charged with a breathalyzer refusal case.

This works fine if you work a consistent job with consistent hours in between a 12 hour window. However, many DUI clients do not fit this mold entirely, yet I have been able to successfully get them a hardship license allowing them to drive to and from work while we defend their drunk driving case. The judge sets forth the specific parameters of what is allowed, but any hardship license must come with the installation of the ignition interlock device discussed above. Check out Hardship License for more information on the Hardship License./

If you have been arrested for DUI and need the best DUI Lawyer in Rhode Island with a successful track record defending DUI and Breathalyzer refusal cases, schedule a free consultation today.