Field Sobriety Tests (FSTs) are a set of exercises given to a suspected DUI offender whose motor vehicle has been stopped by law enforcement on suspicion of driving under the influence (DUI).

Field sobriety tests are performed by police officers in DUI and breath test refusal cases to investigate whether a motorist has been operating a motor vehicle while under the influence of alcohol or drugs.

Having an experienced and aggressive RI criminal defense attorney can make all the difference in the outcome of your DUI or chemical test refusal charge.

It cannot be overstated that an experienced, knowledgeable, and aggressive RI DUI lawyer gives a DUI offender the best chance of defeating the results from these field sobriety tests.

All RI DUI and breath test refusal lawyers are NOT the same, not even close.  Your criminal defense lawyer’s ability to surgically take apart these field sobriety tests in criminal or traffic court is one of the most important pieces in defending your drunk driving charges.

Before becoming a DUI lawyer, I spent four (4) years at the Rhode Island Department of Attorney General as a front-line prosecutor using these field sobriety tests in countless cases.

I was also chosen to lecture and teach incoming police academy cadets on the proper use and deployment of these field sobriety tests.   And, since 1997, I have used all the skills I learned and taught as a prosecutor to greatly benefit my private clients.

I humbly suggest this background and experience make me the best DUI and breath test refusal attorney to defend your charges and avoid the harsh penalties and loss of your driver’s license.

Many Rhode Island law enforcement officers do not administer the field sobriety tests according to their training at the police academy.

Even if administered exactly as NHTSA instructs, the field sobriety tests are only minimally reliable in detecting drunk drivers with studies showing taken separately, the tests are at best 68% reliable.

If the field sobriety tests are given by the police officer improperly, any conclusion based on performance is highly suspect and opens the door for an aggressive criminal defense lawyer to successfully defend your drunk driving case.

Unfortunately, most people do not even realize you can REFUSE the field sobriety tests, just like you can refuse the breath test.  The police will make it seem like you do not have a choice and must take their roadside tests, but you absolutely do have a choice.

Check out this video about what to do if you’ve been asked by law enforcement to take the field sobriety tests after being pulled over for suspected drunk driving: 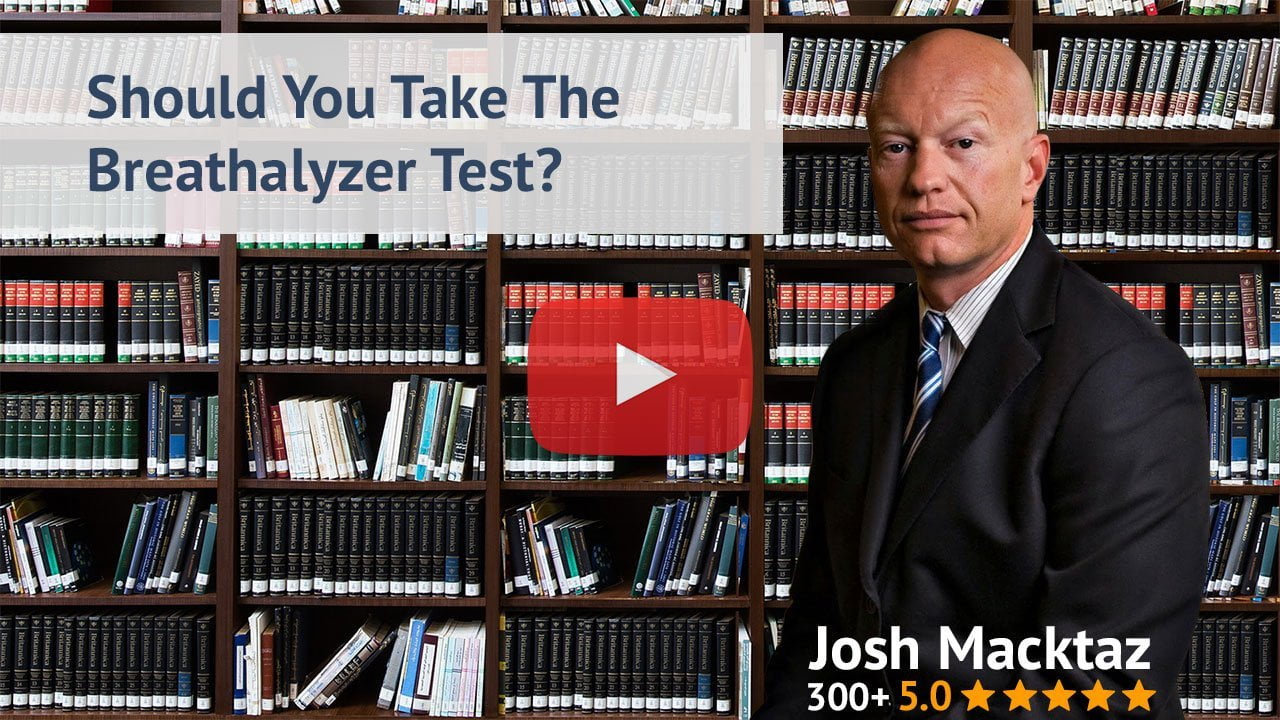 Every single Rhode Island police officer and Rhode Island State Trooper is trained and taught by the Department of Health to do the same three (3) tests in the exact same order at every DUI investigation.

These are the three (3) standardized Rhode Island field sobriety tests:

This is the most complex of the three (3) field sobriety tests and frankly, not many Rhode Island police officers or State Troopers fully understand the science when testing suspected DUI offenders.

Nystagmus refers to an involuntary, jerking movement of the pupil which occurs because of alcohol consumption.  So basically, the more alcohol a person drinks, the more nystagmus (jerking) will be present in the eyes.

It is a complicated science, not easily understood or grasped by the majority of RI DUI lawyers.

The police will instruct you to stand still, feet together, with your hands down by your side. The officer/trooper will tell you to keep your head still and follow the tip of his pen (held out 12 inches from your face) with your eyes.

There are six (6) potential “clues” the officer/trooper looks for as signs of intoxication due to nystagmus.  A skilled and experienced criminal defense lawyer will make all the difference when challenging the results of this HGN test.

There is simply no substitute for 30 years of criminal experience handling these types of arrests and charges every single day.  As your RI DUI attorney, I will aggressively investigate and defend you on these field sobriety tests.

2. THE WALK AND TURN TEST

This field sobriety exercise is designed to test both a suspected DUI offender’s cognitive and physical abilities to operate a motor vehicle. The motorist is supposed to be taken to an even, dry surface free from interference and debris.

In practice, the police officer might bring you off to the side and tell you to imagine a straight line.  The motorist is told to stand at the beginning of the line, one foot in front of the other, heel-to-toe, and to not begin the test until told to do so.

According to the NHTSA standards, there are eight possible clues of impairment that the officer/trooper is looking for:

According to the NHTSA, if a motorist demonstrates two of these eight clues during the performance of this test, there is a 68% probability the suspected DUI offender is under the influence of alcohol and has a blood alcohol content of .08 or more.

As a RI DUI attorney, I have successfully attacked the results of this field sobriety test for so many deserving criminal clients.

Whether it was the surface conditions, testing instructions, weather, or the officer’s/trooper’s clear misunderstanding of the tests in general, every possible defense will be explored on your behalf.

The one-leg stand test is also designed to test the suspect’s cognitive and physical abilities. The police officer will tell the motorist to stand feet together, perfectly still with his hands down at his/her side.

He/she is then told not to start the test until instructed by the officer/trooper to begin.  According to NHTSA standards, the motorist will stand with one foot, 6 inches off the ground, counting out loud until told to stop.

The motorist is told to keep his/her arms down and not raise them for balance. The officer/trooper is trained to look for the following four (4) clues:

If an officer/trooper observes two or more of the above clues, there is a 65% probability that the suspected drunk driver has a blood alcohol content of .08 according to NHTSA.

Rhode Island police officers are also told they should try to recreate the field test results as close to the training they received at the academy.

NHTSA gives specific conditions in which the standardized field sobriety tests are to be given. The officers are trained in these conditions in the academy but often ignore some or all of the requirements (purposefully or unintentionally) out in the field when investigating a DUI charge.

Regardless of the officer’s reasoning for not adhering to the proper procedures, the results of an improper field sobriety test arguably have little value in a criminal case.

Was the road wet, sandy, or uneven? Did you perform your field sobriety tests in extreme cold or heat? These questions are important and should be discussed with a skilled RI DUI defense attorney.

The Horizontal Gaze Nystagmus test, Walk and Turn Test, and One Leg Stand test are the only three tests that are standardized and validated by NHTSA.

Despite this, some Rhode Island police officers commonly employ additional, non-standardized tests in the field when investigating drunk driving cases.

When these tests are utilized in a DUI or breath test refusal arrest, it is critical to have a skilled criminal defense lawyer who can attack the validity of their use.  Common, non-standardized field sobriety tests used by law enforcement are as follows: